Jameson— Hebrew. Variation of James, brother of Jesus Christ and a descendent of Jacob–the son of Abraham and father of the Hebrews. His name means “supplanter”—not the sweetest meaning in the world right? Yes, but when it is combined with his middle name— it spells the gospel. 🙂 Let me explain.

How can you be good and a supplanter?

Well, we all fall short of the Glory of God because of our sin. But through our faith in Christ, we are made righteous in His eyes. Our son will be a sinner, like us all. Yet by the Grace of God, he will inherit the Kingdom of God, appearing to take it without merit or deserving it at all, just like Jacob took his brother’s birth right—But Jameson will inherit everlasting life not because he deserves it, but because he is made “good” or “righteous” by his faith in our Lord and Savior.

James of Nazareth had a hard time at first believing that his brother Jesus, was the promised Messiah, as did some of Jesus’s other family members (Jesus had a few siblings although it is uncertain how many he had). But when James saw his miracles, his sinless life, his brutal death prophesied in Psalms 22 and the book of Isaiah, and his resurrection from the dead and assension into heaven–promising to return again to rule and reign, James changed his mind. And when he heard the testimonies of hundreds of other witnesses who saw the same things he did—proving that what he witnessed was real, James became one of the most passionate apostles for God, wrote the book of James, and was stoned to death for his belief, never once taking it back, even in the face of death. Because how can you deny the truth you witnessed with your own eyes? It is one thing to die for something you think is real, but it is another to die for something you know is a lie. No–James knew God was real and that he sent his son Jesus to pay the price for our sins so that those who trusted and followed Him could be saved from the eternal separation from God they chose every time they sinned. And to know that kind of truth, who would dare tell a lie and say they didn’t really believe, so they wouldn’t have to die?

We are so humbled and amazed by the love of God. And we pray that our son Jameson Maddox loves Jesus and follows Him the way James did. Sold out. On fire. Never turning back, no matter what. 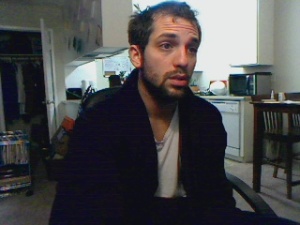 Before the gift of coffee

When Kanan starts waking up in the morning he whines for mama. That’s when Theresa jumps out of bed like there is a fire in the house and brings him into our room. He loves that. Actually… I love that too. While we are still waking up he is over there talking and chatting about trucks and trains and says, “Mama, I wanna get up. I wanna wake up now.” Of course, that is code for, “Mama, get up.” 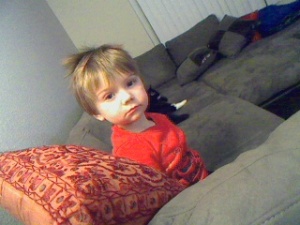 So after a little fighting, he has won. We are up now but we are not watching news, or a sermon, or listening to Itunes… we are watching Boom Chicka Boom (or some other nonsensical name) and Kanan couldn’t be happier. Meanwhile, I’m still waiting for the coffee to kick in… 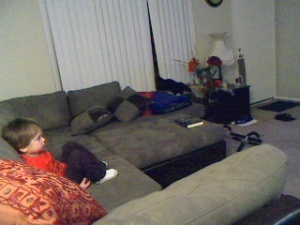