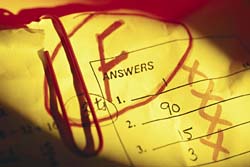 Since I started teaching at a new high school this year, I have experienced many great changes, yet also some new challenges. As a problem solver, I have worked hard on trying to come up with ways that I can change in order to reach the needs of my students. With those changes, some things have improved and some have not. This Monday, I couldn’t help but laugh at some of the most ironic and coincidentally textbook situations arise in my classroom. My teacher friends will laugh at this. As for the rest of you, I hope you do as well.

So in my English Language Development class, I have twenty-four mostly Mexican immigrant students all learning academic English, so they can get fully mainstreamed into regular public school classrooms. This class has been the most difficult class I have ever taught. Not because it is ELD. I have been teaching ELD for six years. It is just this particular group of kids. Maybe it is a sign of the different dynamics and culture of language learners in Temecula versus Oceanside. Maybe it is just a bad year. But nonetheless, the classroom management issues I have had this year with this class have baffled me.

For the last five years, my usual classroom management strategy has worked well— having students come in everyday with ten points for their Behavior/Participation grade, and losing those points throughout the day when they are not behaving or participating accordingly. This was not working with this class. So I added a positive reinforcement element: they earn raffle tickets when they are working diligently and on task. Classroom management much improved with this strategy albeit two students. Hurray for me, right?

I spent thirty dollars on prizes and we held our raffle on Monday. Students take out their collection of raffle tickets they earned and when they hear their number called, they come up and pick a prize. Now most of the prizes were items I picked up at The Dollar Tree— a pack of pencils, a bag of Hot Cheetos, a thesaurus, etc. But I decided to have two grand prizes to really motivate them and told them this when I started the strategy twelve weeks ago. If three of their raffle tickets were called, they would win a grand prize: a ten dollar gift certificate to iTunes. I had two such grand prizes. In my mind, the students who worked diligently more often would collect more raffle tickets and thus, increase the likelihood that their numbers would be called more than once. It doesn’t take a math major to figure that out. Well my two students who did not alter their behavior in my class probably collected a total of five tickets each the entire semester, while other students like Phat or Jorge collected twenty or more. But who, oh who were the ones who had three of their numbers called? Oh no, not just one of these misfits, but BOTH! BOTH of them! What????

I am still baffled. And what was I supposed to do? Tell them no, they couldn’t get the grand prize because I didn’t feel they deserved it? They did earn those tickets. There were few times, but they did work a few times diligently, and I wanted to give them those tickets to motivate them to work more.

I could see the faces of the other students in the class pale as these boys walked up with smug expressions and took their prizes from my hands. I felt so determined to have one hard-worker reap the benefits that I took my ten-dollar gift card to Starbucks in my wallet, a gift given to me for Christmas from a student’s parent, and of which I had not yet spent, and placed it firmly on the table. I told the class it was one last prize to win if they had three numbers called. Thank God, Alex’s number was called–A great kid who works hard even when his skills are lacking. I never felt so happy to give away a much desired present of my own.

But what are the odds, right? I even told them it was the most ironic event I have ever seen in my classroom and told them they were very lucky.

Then the same day—my coincidental, text-book event happened, but to such an extreme, I had to laugh. Fifth period comes, and I had changed the seating arrangement of the class so told the students to come in and just sit where ever they wanted until I showed them where I had planned for them to sit. Their bell work that afternoon was to preview their semester 1 grade and then reflect on that grade in their journals. I had a number of questions to get them reflecting and goal setting. As they worked on this assignment, I took my stack of letters to the parents of students who failed and began to search for the faces that matched the names. I had to take a double look because I found that every single one of those students who failed first semester were sitting in the back row of the class all together in a group.

Over the years I have seen students who failed my classes choose the back row. But never, never have had every one of them. Amazing. They didn’t know they had received the “F” (although they probably subconsciously knew) and I had not told them to sit there. I never had it in my mind that they would fail—I assume the best in all of my students. And yet, there sat eight ninth graders slumped in the back row of my class, with white sheets of paper and black typed-ink addressed to their parents, laying on their desks. Funny thing is, I don’t think most of them looked around and noticed that all of their friends and neighbors had the same thing on his or her desks. But I did see that many students in the rows ahead, turned their heads this way and that to see who did get the letters, and found the same coincidence.

At that moment I looked at seating chart, and made sure that those eight kids were spread around the classroom. Front row to back row, east side and west side. I am determined to change them. I will not let them feed off of each other. Instead, I hope to give them no other choice, but to succeed.