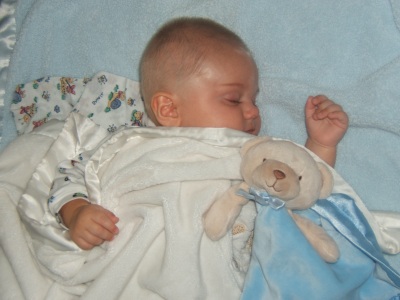 This last month has been our favorite by far. One thing all those books I read that is for certain true is the magic date of the 4 month birthday. Kanan has really developed into a little boy this month and remains a greater joy than ever before. This last month, we have gone to the beach,  daily walks around the neighborhood, grocery shopping and out to eat. We even went on a 5-day vacation to Rock Creek near Mammoth and Kanan loved it there. He did an amazing job handling the altitude and the 6-8 hour drive there and back. We have tried to give the little boy many fun experiences from which he can learn. We think he is really enjoying his little life and it is an honor to be the ones to introduce the little things we take for granted but he finds amazing— the smooth texture of a flower petal, the softness of the satin edge of a blanket, the circular movement of a ceiling fan, the laughter of children at play, the refreshing water beads that condensate on the outside of a cold beverage, or even the sweet and earthy taste of peas. For pics click HERE! For videos, including one of Kanan discovering his tongue, click HERE!

Communication–Kanan has really grown into a little boy. He cries only if he is hungry or really tired and instead whines to communicate his frustrations. He loves to “talk” and makes the most interesting noises. One that he say’s often for some reason is “elw” and “amy.” He will sometimes say “mum” but not as much as he used to. When he doesn’t want to be in a certain place or position he communicates his desire to move by arching his back and reaching his arms out for us to pick him up. When he does want something he is excited about, he kicks his legs over and over, purses his lips out, widens his eyes, and squeels.

Sight–Kanan can really see now and is very aware of the little things because of this. He discovered the dogs this month and is facinated with them. He just stares and watches and them when ever they cross his vision. He has tried to pet them, but just seems to want to pull their hair, which of course doesn’t make them happy, so we are often flattening his hand and running it over their coats and saying, “nice touch.” During our walks, while Kanan still notices the flowers and trees, he has now gained a sense of appreciation for signs and people. He studies people very carefully and will twist his neck to continue watching them. This of course, just gets everyone smiling and talking about him.

Taste–We are working on those little taste buds since Kanan has begun trying out solids. We are not giving him full on meals but just having him get used to the spoon and different foods while waiting 3 days before we offer him something new. He is indifferent to rice cereal unless its mixed with something. He loves peas, likes green beans, loves sweet potatoes and pears, and is moody about bananas.

Physical Development–Kanan is a hair shy of 17 lbs (16 lbs 14 ounces) is 27 inches long and remains in the 90th percentile for his age. He wears size 3 diapers 6-9 month clothing. He can roll from back to tummy and tummy to back. He can sit up with his boppy pillow supporting him and loves to sit in his high chair because he can play with multiple toys that way. He can transfer his toys back forth between his left and right hands and can take his pacifier out of his mouth and put it back in. He loves his jumparoo he borrowed from his 1-year-old friend Nolan and jumps in it everyday. He loves it.

Sleep--Kanan naps fairly well through out the day. He normally takes two long naps and one short nap and goes to bed between 7 and 8pm every night. He has slept through the night about 6 times in the last 2 1/2 weeks and even did last night after his vaccinations, which surprised us because he woke up a billion times the night of his 2 month vaccinations.